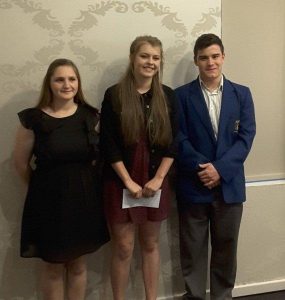 As has been the case for many years the club has found it very difficult to pick the most outstanding student of the year as all the applicants were outstanding. However the selection panel finally decided on William (Billy) Fay as the overall student of the Year. Congratulations to Billy and the other two finalists and the club wishes well in the future and expects that it will continue to hear good things about them all.