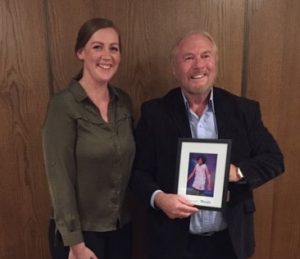 Emma Staltari from Dance SA was introduced by Rotarian Peter Rundle and spoke about the Elevate dance sponsorship program. We have been sponsoring Ben, an aboriginal student with learning delays from a brain development issue. He has been gaining a huge amount from attending dance classes. Dance SA is a leisurebased dance school who offer 1300 students, across 30 locations state wide the opportunity to learn dance in a non-competitive program. The Elevate Programme is a sponsorship platform that gives under privileged youth the opportunity to dance. A full year of tuition including performance fees is $700 per student. This includes 4 terms of classes, performance fees to cover their uniforms and medallion, two complimentary tickets for their carer/parents and a video of their performance for their family. Emma played video of Ben. He is very enthusiastic about dance. His mother attends all sessions and makes an effort to learn all the dance moves so Ben
can practice at home with her assistance. We saw extracts of his last performance and the absolute excitement on his face as he performed. His chest was held right out as he was awarded a medallion in the presentations after the performance. Emma provided Rotarians with a folder of information about the program as well as showed us the video clips. We were so impressed with Ben’s progress that the decision was made to sponsorship him again this year. 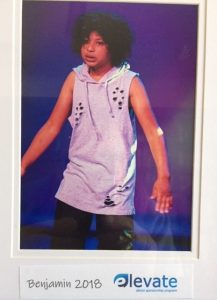