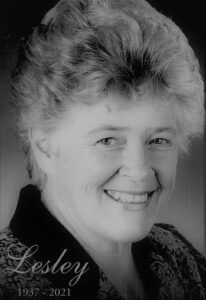 Our member of long-standing, Lesley Purdom, passed away peacefully on the 24th of April 2021, aged 84.

She worked tirelessly throughout her adult life for the community of Tea Tree Gully.

From 1970 until 2006 she served on the Council of Tea Tree Gully, with two terms as Mayor.

Her second term was from 2000 to 2006 and in the year between she served as Councillor.

In 1995 she also joined the Rotary Club of Modbury (later to become Modbury Golden Grove in 2018).

She was awarded her Paul Harris Fellowship in 2002 for outstanding service to Rotary.

2011- 2012 she served as President of our Rotary Club (Modbury) with great distinction.

She was also patron of many community organisations, especially the Modbury Hospital Support Group, and also served as volunteer Justice of the Peace. 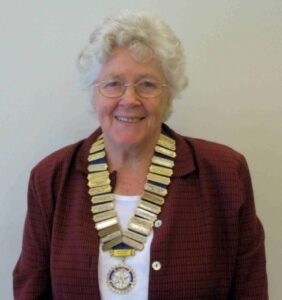 She lived a beautiful life and was a great inspiration. We will miss her.