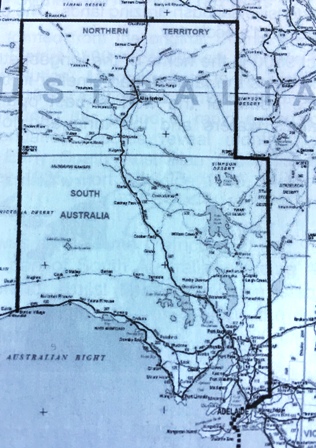 Although there were “unofficial” conferences held for the Clubs in 1926 and 1927, there was no District in Australia until 15 September 1927, when one District [District 65] was formed for the whole of Australia. The first District Governor was Fred Birks [Drugs Retailing] of the Rotary Club of Sydney and he served for two years.

On 1 July 1977, District 250 was divided into Districts 950 and 952. District 950 occupied the western half of South Australia and Alice Springs/Yulara [Ayers Rock] whilst District 952 occupied the eastern half of South Australia including the Riverland and also Mildura and Broken Hill. The late Jack Turner of the Rotary Club of Adelaide West became the first District Governor of District 950 which at the time comprised 32 Rotary Clubs and 1505 members. A re-numbering brought about the present District 9500 on 1 July 1991 when the District comprised 51 Clubs and 1870 members. Currently there are 50 Clubs in the District with approximately 1470 members.

District 9500 embraces most of South Australia and half of the Northern Territory. It covers 1,700,000 square kilometres and stretches from the Southern Ocean to beyond Alice Springs in the north. South Australia’s capital city is Adelaide, which was named after the wife of King William- Britain’s ruling king at the time of the State’s settlement.

Half of Adelaide’s population of 1,150,000 resides in District 9500, the other half in District 9520. A narrow coastal belt houses most of the population. The economy of South Australia is centred on industry, commerce, sheep, wheat, cattle, wine, fruit, fishing and tourism and the southern half of the Northern Territory relies on tourism and cattle. The District is predominantly arid or semi-arid, with spectacular scenery – Ayers Rock [Uluru], The Olgas [Kata Juta], wild flowers in profusion after rains, an abundance of native animals and birds, and extensive saltbush grazing lands. The population is sparse in these semi-arid or arid areas and tourism is important to the District’s economy.

District 9500 is home to the longest straight stretch of railway line in the world [478 kilometres] and contains the largest lead smelter in the world [at Port Pirie]. The opal fields of Coober Pedy produce some of the world’s finest opals. The great white shark roams South Australia’s waters and the tuna and lobster industries are an important export commodity.

We have merged to form District 9510

District 9510 now embraces most of South Australia, portions of New South Wales, the Victorian Sunraysia area including Robinvale-Euston and half of the Northern Territory. It covers 1,800,000 square kilometres and stretches from the Southern Ocean, Kangaroo Island and Adelaide in the south to beyond Alice Springs in the north, extending to the Western Australia/South Australia border in the west.

The merger was a major undertaking with years of planning, but the aim of the restructure was to open us up to a larger area and population. To make the new District more vibrant, attractive and highly respected service organisation in Australia for another 100 years.

Currently there are approximately 2250 Rotarians in 93 Clubs, lead by District Governor Paul Thomas (Nth Yorke Peninsula) for 2022/23. These clubs are divided into 12 Areas, each with their own District Area Governor. MGG is part of AREA 6 (Gawler) with 7 other clubs and is overseen by District Assistant Governor Rick Henke (Salisbury).

If you like to read more about District 9510 History & Development, please see the district web Page.

The 9510 District is also branching out to the online world with E-Clubs, these are lot like any other Rotary clubs: they meet regularly, carry out service projects, support The Rotary Foundation, and socialize with each other. However, the amazing difference is you join your meeting online when it’s convenient for you, day or night, any day of the week. Making it more manageable for busy people with families and other commitments to be apart of Rotary Community.