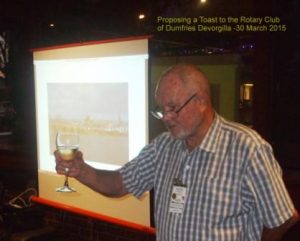 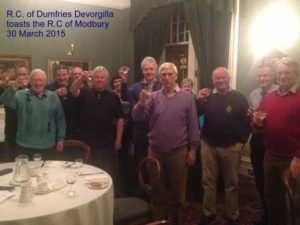 This initiative was spontaneously suggested by one of our members and enthusiastically adopted by the Rotary Club of Modbury Golden Grove immediately following the human tragedy of Flight MH17 on 18 July 2014.  The intent was to support and encourage Rotary Clubs and their members across the world as they continue, by their individual and joint endeavours, to bring to fruition a world of peace.

Each month a club member selects another Rotary Club and prepares and presents a brief toast to that club and its members.  Upon receipt of acknowledgement from the toasted club, our club makes a contribution of $Aus100.00 to The Rotary Foundation in the name of the member researching and proposing the toast.

At the end of the 12 month trial period we had toasted twelve clubs from the 34,800 other clubs within Rotary International with nine of those clubs having acknowledged receipt of our toast.  This positive response together with the fact that the club received the Rotary Foundation Award at the March 2015 District Conference for its implementation encouraged us to continue with the programme into Rotary Year 2015-16.